Is there a future for circular building hubs?

The interdisciplinary thesis lab of the Cities Hub organizes a set of lectures and workshops to give students an insight into the interdisciplinary context of the sustainability challenge that they are working on in their thesis research. In this year’s lecture series, we organized an expert panel on the 17th of May, where people with different backgrounds and perspectives joined a discussion about the chances and limitations of a circular building hub. Guest speakers were Boaz Wasser (New Horizon), who is the circular supply specialist at a circular demolition company; Paul Chan (TU Delft), who focuses on how people deal with technological, organizational and social change; Frouke Pieters (Municipality of Leiden), who works on enabling the transition to the circular economy, with a current focus on the construction and infrastructure sectors; and Joanna Williams (UCL), who has extensive research experience in the area of environmental sustainability in general, and more specifically on circular cities and the dynamic process of change in complex urban systems. Additionally, she is director of the Circular Cities Hub within UCL, which focuses on capacity building amongst cities and professionals to deliver circular cities. The students who join this thesis lab all have different backgrounds and a different focus in their thesis research. They contributed to the discussion by asking sharp questions and reflecting on the ideas of the guest speakers from various angles.

The Cities Hub is one of the knowledge and innovations hubs that form the core of the LDE Centre for Sustainability. Every year, the hub organizes an interdisciplinary thesis lab focused on a sustainability challenge. This year’s lab is titled ‘Circular Building Materials and (re)Manufacturing Hub’, and focus lies on “the chances and limitations of a Circular Building Hub and (re)Manufacturing Hub in the region of South-Holland”. This specific question is related to a more general one: what is possible and desirable (and what is not) when we talk about circular building hubs. We have aimed to shed a light on the variety of aspects that ought to be considered when answering these questions by including speakers from business, government, and academia, who bring a variety of perspectives to the table. In the conversation, several interesting points were touched upon that are worth sharing. 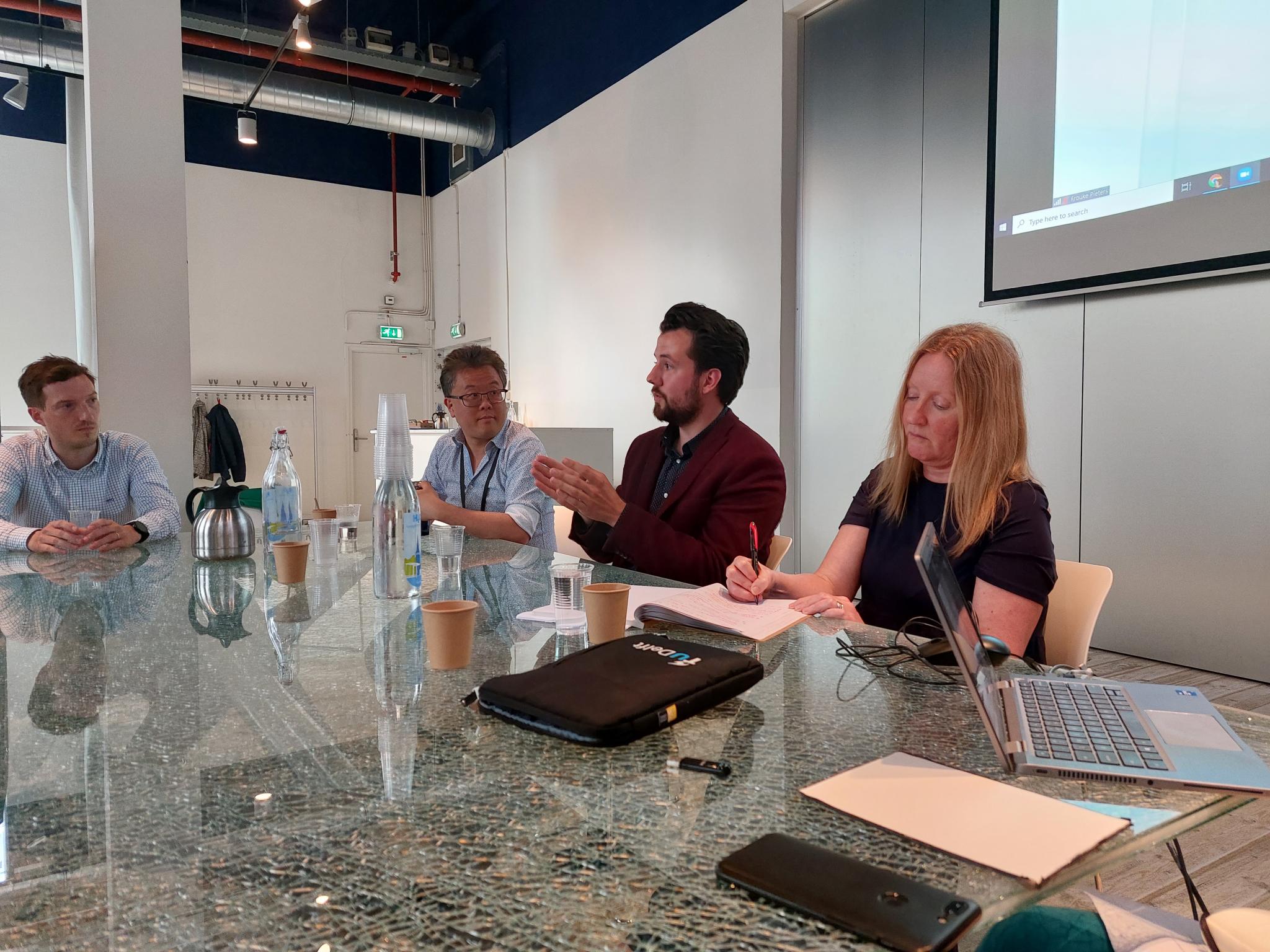 Effectiveness and the importance of scale

Whether or not a building hub can be effective depends a lot on the scale at which it operates. The density of buildings, construction activity and the availability and capacity of infrastructure must be high enough for a building hub to have a positive effect. Building hubs in larger cities like Amsterdam or London thus seem to have a higher chance of success than in smaller cities like Leiden.

Apart from the importance of the size and urban density of the area within which circular construction and demolition companies operate, it is important that the companies themselves operate at a considerable scale as well. New Horizon, for example, is quite a small company. They work with subcontractors that demolish in line with their vision. Material hubs would not work for them because preferences and demands simply change too fast. Certain products have fixed dimensions today but in the future, the standard might be different, which means that the elements you have stored can no longer be reused. In practice, materials would then arrive at the hub, simply be stored for a really long time, and eventually still be thrown away because there is no suitable destination for them. This is why New Horizon does not have storage but sells the ‘mined’ building materials immediately to a partner who can use them. For larger companies, a material hub might work because they are responsible for both demolition and construction. They have a project A and B, which means they can plan ahead since they already have a new destination for the old materials. For smaller companies, it makes more sense to work in networks with partners and work in hubs that are demand-driven.

The way in which building hubs are defined and organised can also play a role in solving the issue of scale. The main question of the thesis lab and the focus of the discussion is on building hubs. The interesting thing here is that we might constrain ourselves and the possibility to transition to a circular economy by looking at this question with a sectoral lens. We need to better bundle supply and demand. To do so, the building hub might be a useful concept, but we should go beyond the building sector to draw on materials that come from other sectors. Hubs would perhaps be more effective if they are trans-sectoral. To transition to the circular economy, we should work in webs and networks, which also means that we should think cross-sectoral to make optimal use of our resources and material flows. Up until now, we do not sufficiently explore the concept of industrial symbiosis in architecture, engineering and the construction sector.

Role of data in building hubs

There is great digital potential in the circular economy in general, and in circular construction specifically. After all, one of the most important bottlenecks within circular construction is that materials are not at the right location at the right time. It is important to work on material passports for new buildings so that we know what will become available in the future. In addition to that, to make optimal use of existing materials, construction companies need to see when and where materials will become available through demolition. In this way, digital hubs/digital marketplaces have the potential to bring supply and demand together because they show the material passports of existing buildings and indicate when these materials will become available, which enables construction companies to plan ahead.

The difficulty with such marketplaces, however, is the question of information brokerage. Who should own the information and who should manage the hubs? In order to answer this, it is important to define exactly what the hub should be and what information it would own. After all, when we talk about circular construction, we often think about newly built buildings that are well suited for reuse. The existing building stock, on the other hand, tends to be relatively neglected. A majority of existing buildings were not designed for deconstruction (approximately 1% is suitable for circular demolition), leaving immense opportunity for developing more mature reversed logistics. The problem here is that there is little information on the materials within existing buildings and that there is little incentive to find out. Governments, even though they might not be the best candidate to own or manage such a hub, could in fact play an interesting role. They could start with making a material passport database of publicly owned real estate to figure out what is already there in their building stock. 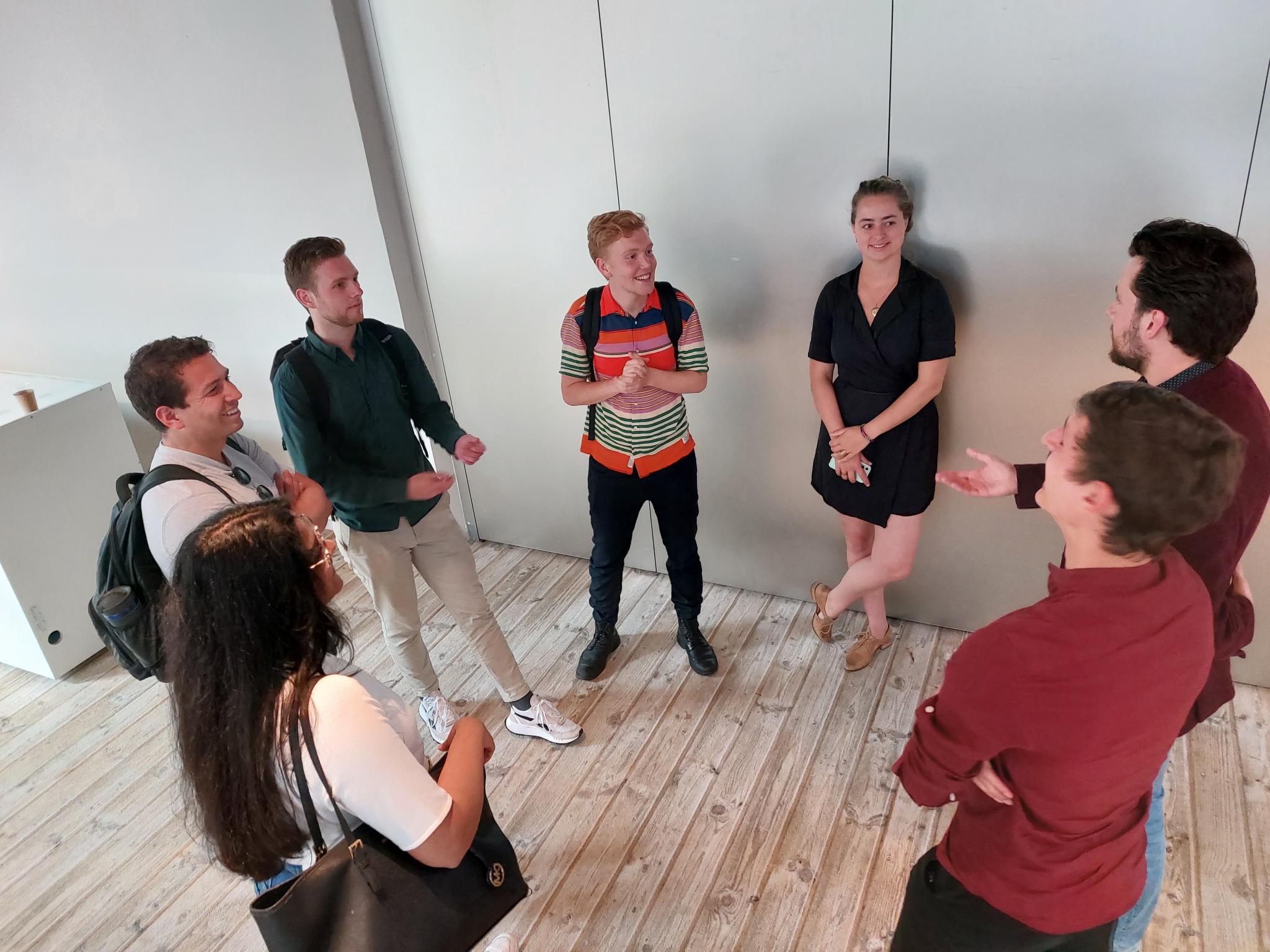 The role of government and (local) regulation

In the Netherlands, and in Europe in general, governments are moving away from provisioning and focusing more on capacity building. It is sometimes argued that governments should take a more active role but the stance in the debate depends on where you stand politically. Nonetheless, developments over the past decades have clearly shown that one cannot rely on the market for everything to happen.

Governments have different tools at their disposal to create incentives for particular behaviours and to make certain endeavours more attractive. In this process, there are many possibilities for regulation. In some cases, political regulation is lagging behind. The KOMO certificate for concrete, for example, does not work well for recycled concrete, creating barriers instead of opportunities for companies like New Horizon. On the other hand, there are examples where municipalities have created policies that stimulate the market to move towards circular production and construction. In Amsterdam, for example, the municipality requires the use of circular bricks, and in Leiden, the municipality has established a circular demolition policy to nudge the market towards circular demolition. Apart from regulation, governments also have a responsibility and capacity to push markets through procurement. The municipality has decided that circularity will be a consideration in all procurements from 2023 onwards.

These examples show that governments create the rules of the game within which companies can play. This ties into the topic of scale as well. Local authorities operating at a smaller scale often do not have much money (depending on the location of course). Building hubs could generate money at the local level, but then policies need to be put in place in order to prevent such hubs from becoming obsolete.

Taken together, the idea of a circular building hub is interesting but it does not seem to be the final answer. In general, it is more about the process of stimulating circularity in the construction sector and strengthening initiatives, in which governments can play an important role by stimulating markets through regulations. Apart from that, it seems essential to plan ahead by means of digitalization and data hubs, since the challenge of making materials available at the right time and right location, without major logistical operations, is one of the most critical bottlenecks of successful circular construction.

A note for further thought: in the discussion we mostly talked about the logistics of materials, but not so much about remanufacturing, which is also an integral part of a Circular Building Materials and (re)Manufacturing Hub. It is also important to address the potential of developing this aspect of circular construction. After all, the logistics sector has limited added socio-economic value compared to remanufacturing since the latter is expected to create more (diverse) jobs. In the Netherlands and most of Western Europe in general, we have transitioned to a service economy and we no longer have the skills and knowledge for industrial processes and remanufacturing. Perhaps we should reintroduce these skills and consider a move towards a making society. What would this deliver on a societal level and within the circular transition?

Disclaimer: This blog is made available by the Cities Hub of LDE Centre for Sustainability for educational purposes and to create a general understanding of the potential of building hubs in general, and in the region of South-Holland more specifically. The contents of this blog are based on a free and open conversation. No definite claims are made, nor do we attempt to. Everyone spoke freely and what is written here should be interpreted as such. If you would like to have additional information on what the people who joined the conversation work on, you are kindly referred to the websites of their organizations.